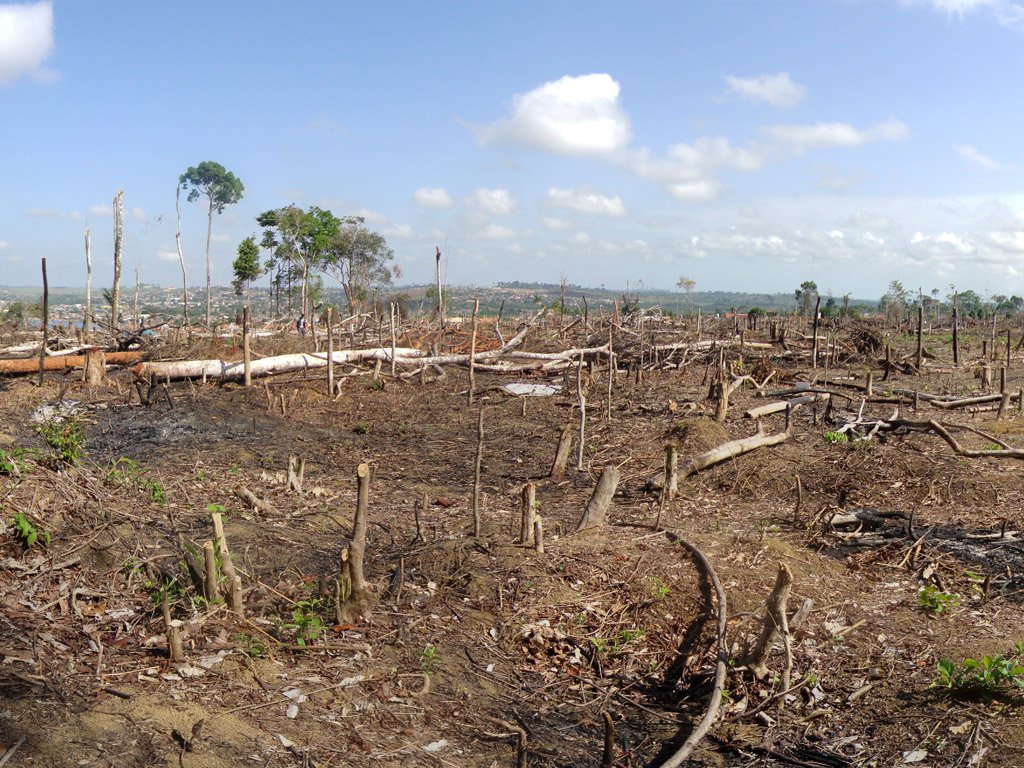 Parts of the Amazon rainforest, sometimes known as the lungs of the Earth, are now emitting more CO2 than they absorb. New research carried out by the National Institute for Space Research in Brazil has found that up to a fifth of the rainforest is no longer acting as a carbon sink – an area that has a net effect of reducing atmospheric carbon through absorbing large amounts.

The shift has mainly been attributed to deforestation, with over 1,000 square km of forest destroyed each month at the height of operations last year, equating to around one football pitch sized area every minute. The overall trend of extended dry seasons and an increased number of fires in the area also appears to have contributed.

Trees absorb carbon while they grow, leading to most heavily wooded areas around the globes acting as carbon sinks – however, dead trees release carbon into the atmosphere meaning that burned trunks and vast areas of newly open spaces have curtailed the Amazon’s overall carbon-negative environmental impacts.

It should be noted that the Amazon as a whole is still able to extract approximately 1 billion tonnes of CO2 from the atmosphere in a year, which is around 3 times the amount emitted by the UK in 2018 according to official records. This figure is greatly reduced from previous years, though, with estimates stating that in the 1980s and 90s up to 2 billion tonnes was possible, particularly in wetter years.

With carbon emissions around the world still on the rise, the sequestering powers of our greatest natural ally in the fight against climate change are reduced. New heights of urgency have been reached in the quest for viable, sustainable solutions in industries and daily life, while reforestation programmes around the world are also more important than ever.

On the subject of reforestation, for more information on the programmes Circular Computing™ are involved with, please visit https://circularcomputing.com/about/reforestation-projects/