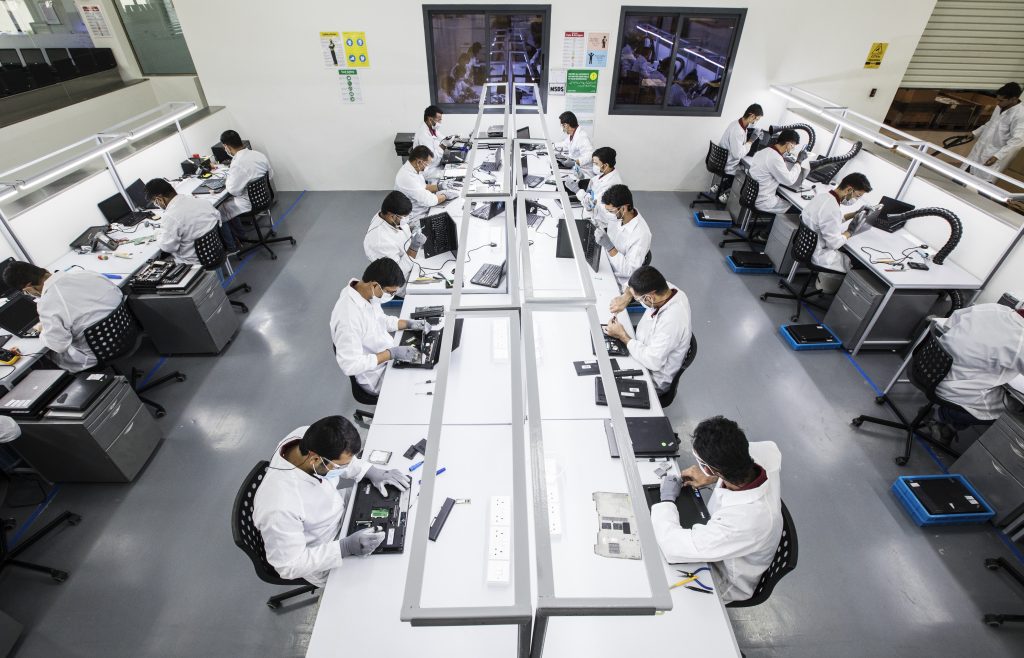 Alex Norris, marketing associate for Circular Computing, an eco-friendly IT company in Portsmouth, UK has explained in an interview with Sputnik how his company backs such movements in a rapidly changing economic and political atmosphere.

What Is Circular Computing?

Speaking on the company’s approach to sustainable business, Mr Norris said that it was the “first and as of yet, only company in the world” to offer “carbon neutral, remanufactured laptops”.

The company refurbishes laptops at their “usable life” by repairing, upgrading, and cosmetically improving them until every model reaches “an exacting and consistent standard” comparable to new models, he said, adding that each is tested to be 97 percent operationally identical to new machines, according to an independent study from Cranfield University.

Circular Computing also promoted numerous carbon-neutral programmes, including planting five trees for every laptop sold to offset both the original and refurbishment manufacturing process, as well as three years of use, he said, adding that such “ethos at the very core” of the business would remain “the driving force behind every action and decision”.

“Such business models are vitally important in today’s world, and it is the view of [company] founder Rod Neale that a truly sustainable future can only exist if financially viable, which is where we position ourselves by offering a carbon-neutral and cost-effective alternative to the world’s largest buyers of IT.”

Across Kenya, the project aimed to provide energy efficient brick stoves to families, reducing dependency on firewood by 50 percent to lower sizeable carbon emissions as well as resulting in “cleaner, more breathable air in homes where indoor, open fire cooking has historically been the norm”, he said.

The plant in the Turkish Bay of Izmit, 100km east of Istanbul, would improve air quality in the region by reducing pollutants such as hydrogen sulphide, which causes symptoms such as “nausea, delirium, headaches, and skin and eye irritation”.

Landfills supported an estimated 2MW in gas, generating a total of 701,347 tCO2eg in greenhouse gas emissions, he said.

Speaking on Moore’s law, where computer processing power doubles roughly every 18 months and also renders older technology obsolete, Mr Norris said that a “plateau” had been reached in laptop technologies.

“Laptop technology is of course still advancing, but nowhere near as fast as in the preceding decades, and the laws of physics themselves dictate that new computer models are about as thin as they will ever be.”

He added that the most effective IT industry model would be to “move away from a linear economy” [resource extraction – production – consumption – disposal] and towards a “circular models where goods reenter the supply stream without the need for further resource extraction, reducing mining, emissions and waste, in one go”.

The Need for ‘Right-to-Repair’ Legislation

Speaking on the European Union’s adoption of increased ‘right-to-repair’ access to appliance and computer components by 2021, he said that anything preventing waste and reducing emissions would be a “positive step for the planet as a whole”.

Such steps would be an “adjustment” for large parts of the market, but “a necessary and beneficial one”, he added.

“Building a secure supply line will rely on logistics and communication, just as it does currently. Relationships between businesses and the people within them will become as important as ever, magnifying the need for quality and reliability in supply chains,” Mr Norris said.

He concluded that companies offering services such as full refurbishments may “be a factor” in the future and not limited to “repairing at minimum standards, but adding value for consumers” without harming the environment like current models.

Statements from Mr Norris echo similar initiatives by EU lawmakers, namely the Ecodesign Directive which aims to replace “wasteful products” with models operating on less energy and resources by April 2021.

The initiative will also cover lighting, displays, washing machines, dishwashers and fridges, among others, and has been supported by the European Environmental Agency (EEA) and European Environmental Citizens’ Organisation for Standardisation (ECOS), alongside thousands of advocate repairers and national groups.