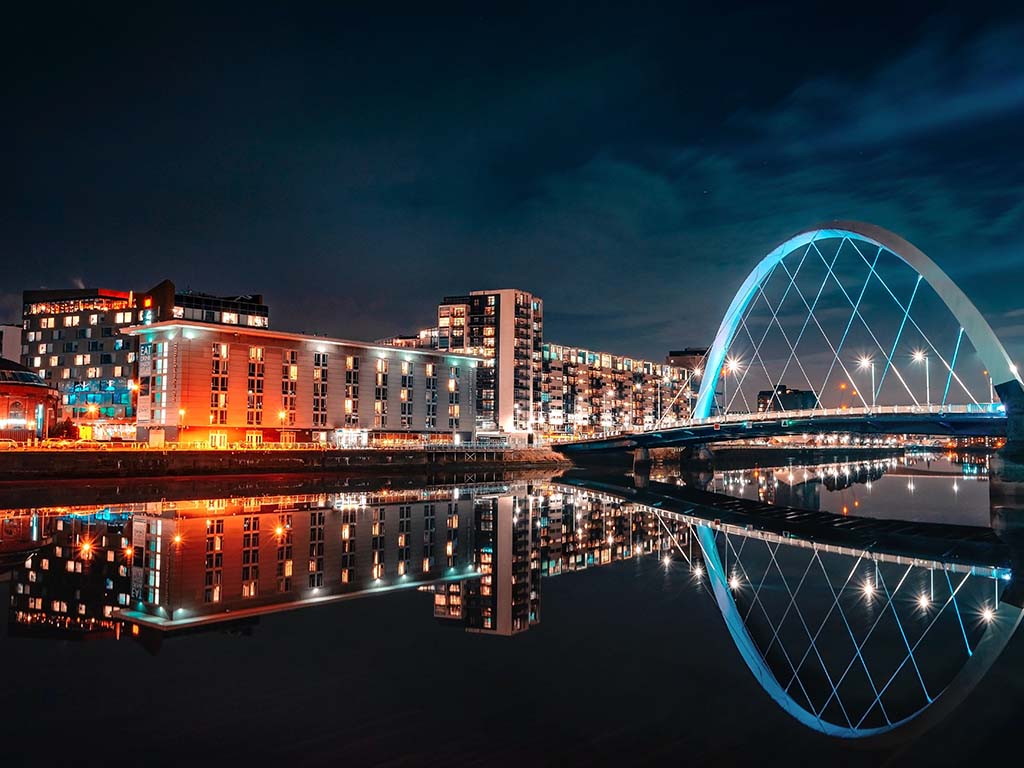 With COP26 in full effect and the 47th G7 Summit having concluded in June, the spotlight is now on Glasgow. Historically, Glasgow is known as the ‘dear green place’ which fits neatly into the event’s primary focus.

COP26 will be the fifth COP since COP21 in Paris in 2015, when the Paris Agreement climate treaty was agreed.  The Paris Agreement saw countries sign treaties promising to strive towards keeping warming under 1.5ºC.

The five-year anniversary is important, as the agreement states that every five years countries must revisit their promises and, if possible, increase their ambitions.

The world has failed in keeping warming to 1.5C in the past five years. This figure is considered key, by the world’s top climate scientists, who revealed warming beyond 1.5C would be much more devastating than previously thought.

Rich and poor nations alike would suffer significantly under this level of warming, scientists warned, with coral reefs wiped out, Arctic Sea ice disappearing, and widespread droughts, floods and heatwaves impacting the lives of millions of people.

In response, scientists said global emissions need to roughly halve by 2030 and reach “net zero” by 2050.

Away from the formal proceedings of COP26, there are many unsung as well as above-ground climate change activists, ‘heroes’ in their field.

Greta Thunberg, a super-luminary of climate change activist is not alone, though she is the modern doyenne. There is, however, a liability on the individual to make their contribution to climate change activism in whatever way they can. To quote Alastair Seaman of Keep Scotland Beautiful, one of the UK’s own climate change heroes: “It’s clear that voluntary action to tackle climate change is a win-win situation for our climate, local communities and the volunteers themselves”.

This is the core of climate change activism; everyone can play their part.

Circular Computing’s very own Steve Haskew is also a delegate at the conference, reminding us of our own role in leading climate change solutions. From the micro to the macro, every input is key.

With the spirit of Alastair Seaman in mind, let’s look at some of the climate change heroes working in our communities throughout the land.

They carry out unpaid vital work that contributes to helping reduce waste, carbon emissions and raising awareness of climate change.

Take Carolyn Edmondson, a volunteer at the Repair Café, Glasgow; Carolyn is a dedicated and knowledgeable textile repair volunteer for Repair Café Glasgow. She has been with the project from its outset and fixes everything from jumpers with holes to bags with broken zips.

Carolyn also teaches people how to fix their own clothes, a vital part of the Repair Café and the circular economy in general. She has further developed her skills through the project and has found employment running upcycling workshops.

Mrs. Nitu Singh is originally from the Uttar Pradesh state of India and has volunteered with the Low Carbon Communities Project, run by Network Key Solutions in Edinburgh for two years.

She has taken lots of steps to make her own life more sustainable and posts pictures of her green activities on social media to help inspire others.

Despite a language barrier she is keen to inspire others to live more sustainably and has supported local children to design their own upcycled dresses for religious events.

Taylor Flynn is one of the lead volunteers with Gate Church Carbon Saving Project in Dundee.

Taylor organises the monthly Clothes Swap event and was instrumental in helping to design and build the Dundee Climate Action Network website. The website includes a local directory of resources and organisations who offer reuse/recycling services.

Taylor also gives time every week to help sort the donations of re-usable items which are received through the Give Box scheme.

These three local heroes give a sterling example of community volunteer engagement that benefits not just their local community, but the planet as a whole. This micro approach has a macro effect when these communities replicate themselves worldwide.

Hilda Heine may not be a household name, but she is one of the new generations of climate change heroes on the world stage today.

“Around my house, I have had to build a seawall,” she says, “because there is water coming over from the shoreline.”

The sea is encroaching swiftly on President Heine’s low-lying Pacific Island state, and over the past four years, the government has had to put in place adaptive measures like building coast–protection systems and seawalls.

Heine has taken to the international stage to share the story of her country and the difficult decisions her compatriots are facing, including the possibility of relocating.

She also chairs the Climate Vulnerable Forum, a group of some 50 countries particularly in peril from climate change, despite having contributed a pittance to atmospheric greenhouse gases.

Heine is adamant that everyone needs to act; she’s committed the Marshall Islands to going carbon–neutral by 2050, and the nation was the first to submit its emissions pledge under the Paris Agreement.

Tessa Khan may not at first appear familiar, but her actions speak volumes.

In 2015, Tessa Khan was living in northern Thailand and working on behalf of a women’s human-rights non-profit organisation when news of a district court case more than 5,000 miles away caught her attention.

A court in the Hague had ruled in favour of 900 Dutch citizens and a group called the Urgenda Foundation, which had sued the Netherlands, demanding that the state reduce its greenhouse gas emissions.

Khan recognised the courts could be a powerful weapon to fight climate change and, in the process, mitigate what she terms “one of the biggest systemic threats” to international human and climate rights. She then relocated to London and joined Urgenda, where she provides legal assistance to people around the world who want to take their governments to court over inadequate climate policies.

Khan hopes the cases draw attention to the actions governments need to take to reduce the use of fossil fuels and to show how ordinary citizens will be impacted by climate change.

Finally, António Guterres. Ever since Guterres took office as UN Secretary-General in 2017, he has been a tireless advocate for climate action — probably more ambitious than any previous leader in his position.

Since he appeared at the Climate Action Summit in 2019, António Guterres has surprised the world by pushing for the sort of bold climate action that many countries have avoided in the past, such as calling for a commitment to no new coal plants being constructed and eliminating fossil fuel subsidies.

“We have had enough talk,” Guterres famously said in 2019, “This is not a climate negotiating summit, because we don’t negotiate with nature. This is a climate action summit.”

Despite his tireless efforts, most of the major emitters worldwide failed to demonstrate how they will step up their efforts. Guterres’s closing remarks revealed his initial take on that summit’s announcements: “We have a long way to go.”

Since then, he has tirelessly worked to fight climate change in his role as Secretary General, boldly stating: “The U.N. has the obligation to assume global leadership” in tackling climate change”. These courageous statements speak of a rousing call to action and one which speaks of a courage that he shares with Hilda Heine and Tessa Khan.

Conclusion: We Can Do It!

These ‘six of the best’ represent both the local and global perspectives and commitments necessary for the planet to help defeat climate change and raise awareness of our current and future plight.

From volunteers in Glasgow and Dundee to the UN Secretary General, the scope of their impact is both impressive and humbling.

It is also a reminder that it essential that we all play our part, however small, in the arena of climate change action.