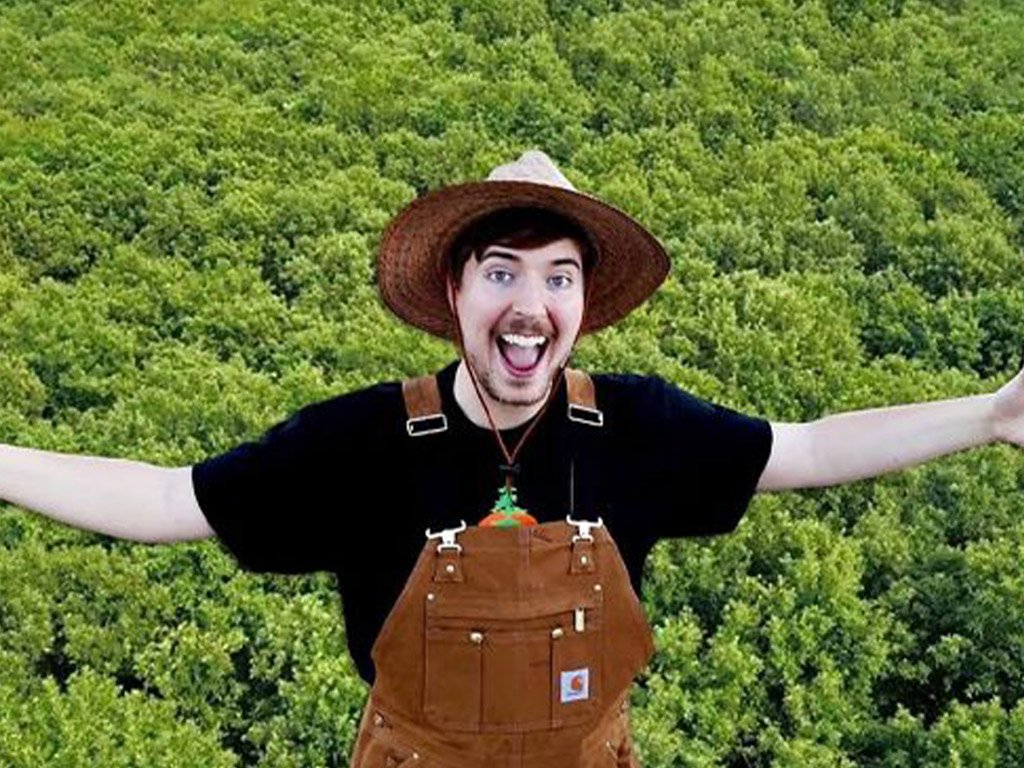 YouTube personality Jimmy Donaldson, better known by his professional name Mr Beast, is at the head of a rapidly growing movement with a goal of planting 20 million trees. The spark of inspiration came back in May when Donaldson reached out to fans to ask how he should celebrate reaching 20 million subscribers on the video sharing site, and one suggestion of planting a tree to represent each subscriber was so popular it went viral on Reddit. 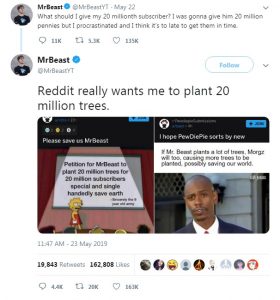 Since then Donaldson has collaborated with a variety of other high-profile Youtubers to create #TeamTrees and the campaign was officially started by himself and Mark Rober (another ‘Tuber with 8.75m subscribers) a little over two weeks ago. Donations at last update had topped $14m, so as there will be one tree planted for each dollar raised they are already well over the half way mark.

This amount has largely come from small individual donations but there have been some large sums coming in – notably Elon Musk (or Treelon as he has since changed his Twitter handle to) contributed a million dollars to the cause.

The positive impact of this will be felt far and wide, with trees being planted on every continent except Antarctica through the Arbor Day Foundation. All trees will be native to the area where they are planted and it is estimated that 20 million trees could draw in up to 435,000 tonnes of CO2 per year based on research from North Carolina State University.

While tree planting alone is not a cure for climate change there is no doubt at all that it is a valuable weapon in the arsenal of environmentalists, particularly when carried out at such a massive scale. We at Circular Computing are proud of our record where this is concerned (around 37,000 trees planted so far) and fully support the actions of “The Avengers of YouTube” as Rober has dubbed the collaborators, and their loyal fanbase.